UKC 5x Best in Show HIT GrandChampion Vintage Attire by Amandi, RN,NA,NAJ,CL1, UAGII, CGC, CA.
"Roxie" was ranked #4 in the Top Ten Poodles in America in  UKC conformation shows in 2010! Ranked #8 Poodle for 2008.
Roxie is our black and white parti poodle! After researching pedigrees, studying breeders, and waiting nearly 2 years, I found a parti who's pedigree, parentage, lack of inbreeding, and health testing was above and beyond any other parti colored pedigree out there at that time. This is a truly special girl. She was one of the few partis in the country that were sired by a solid colored AKC champion.  Roxie is the foundation of my parti  breeding program and she has given her balanced movement, correct shoulder angle, and exemplary attitude to our lines. She was one of the best particolor poodles out there at the time she was showing.  She has been extremely successful in limited UKC showing and AKC agility and lure coursing. She started dock jumping at 7 years old!  She has very high working drive, with intense prey drive. These traits make her a great performance dog. True to poodle temperament, she can turn it off and she is calm and easy going in the house. Her willing, always happy attitude rounds out our household quite well.  I can easily say she has the best temperament of any dog I've ever owned. This temperament is produced strongly in her puppies and grandpuppies.
Roxie's Health Tests:
CHIC certified
OFA Hips: Excellent 2011
OFA Elbows: Clear/normal 2011
CERF Eye Exam: Normal 2009/10/11/14
OFA NE: Clear by DNA 3/09
OFA Thyroid : Normal
DM DNA test: clear
VWD: Clear by Parentage
35-40 lbs and 21 1/2 inches tall at the shoulder
Go to OFA.org to verify these results or ask for copies of certificates.
Roxie is spayed and retired from breeding after 3 litters. 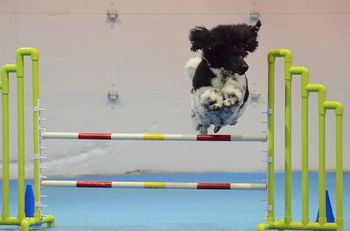 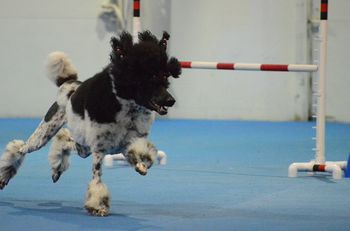 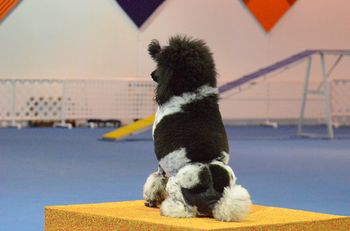 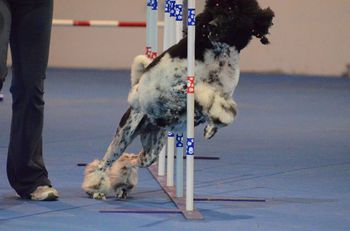 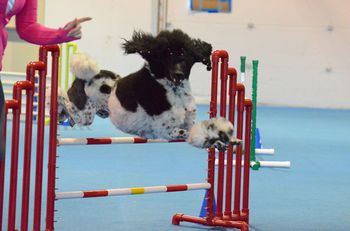 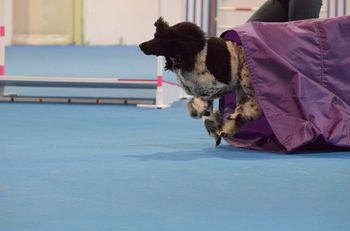 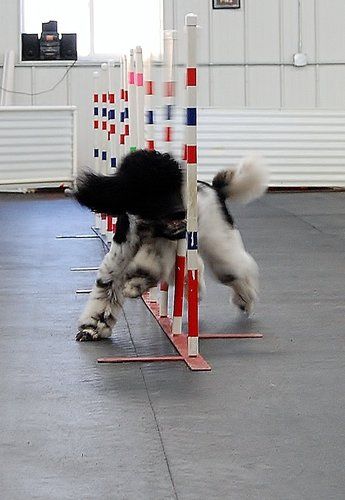 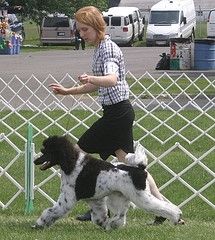 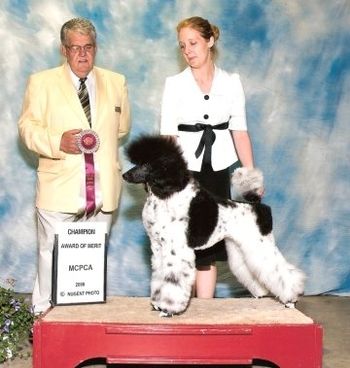 UKC CH. Vintage Attire by Amandi (Roxie) recieving an Award of Merit at the Multicolor Poodle Speciality at Premier. 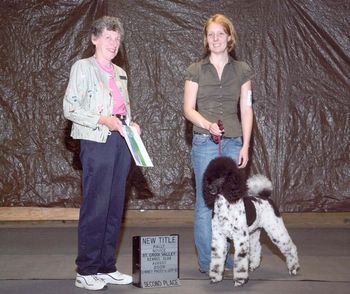 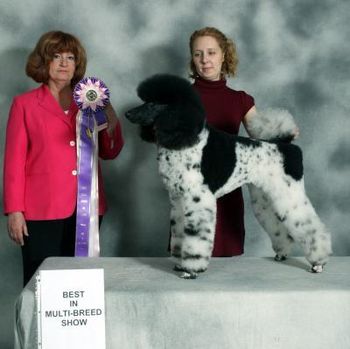 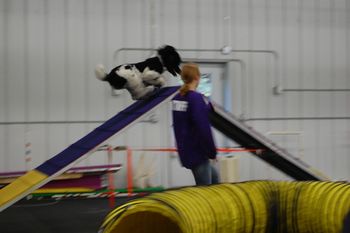 Did I mention Rox is an agility star? 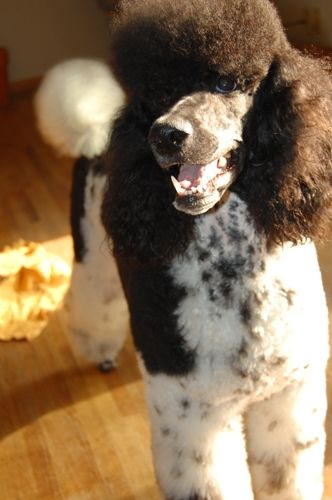 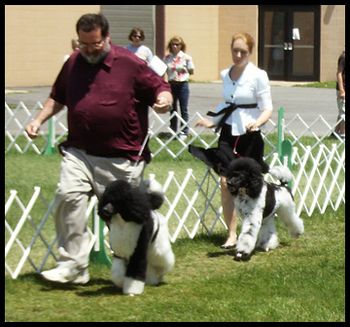 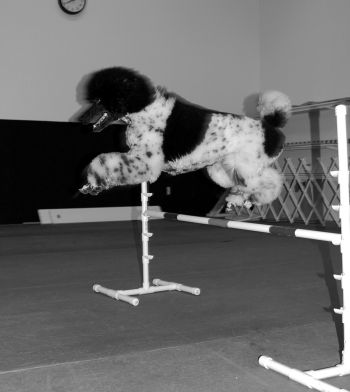 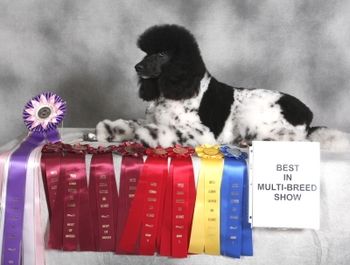 Roxie with her ribbons from one weekend! 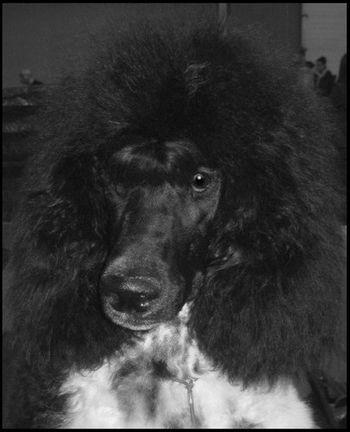 Black and white is always classic! 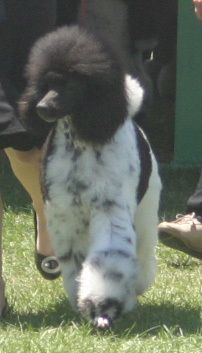 At UKC Premier 2008- taken by Kelsey of Tintlet Poodles Roxie received an Award of Merit at this show. 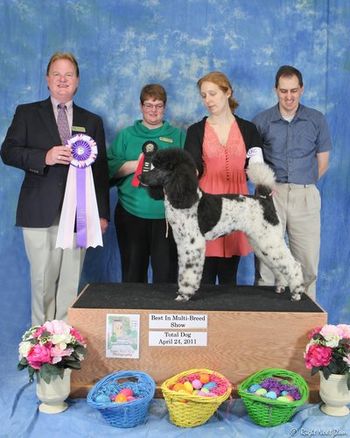 Total Dog Award for obedience and Best in Show! 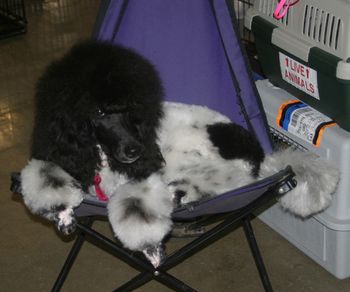 Waiting to go in the ring for the MCPCA poodle speciality.